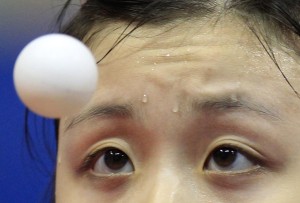 The phrase “Don’t sweat the small stuff” does not apply to parenting. We MUST sweat the small stuff because the small stuff always turns into big stuff. Rudy Giuliani, ex-Mayor of New York City implemented the “Broken Window Theory.” It goes like this – A minor matter (small stuff) like a broken window in an abandoned building leads directly to a deterioration of neighborhoods (big stuff). Someone who wouldn’t normally throw a rock at an intact building is less reluctant to break a second window in a building that already has one broken. They may do even more damage if no one is around to prevent lawlessness. He made it a point to fix all broken windows in abandoned buildings. Small stuff with big stuff potential!!!!!

I know, I know, parenting and politics don’t mix. But, think about it – Johnny steals a cookie after you told him to wait until after dinner. You see it, but decide “whatever, no big deal.” Guess what, Johnny steals another cookie and another until you say – STOP! The behavior has escalated. It could have been addressed after the first stolen cookie.

Address the small stuff in a big way. If you make it seem like small stuff, they will too!!! My daughters played golf, competitively, and often had to travel by themselves. They were instructed to call me when the plane landed (each one must call) and call me after they checked into the hotel. During one trip, my youngest checked into the hotel but did not call, the oldest called. It wasn’t a big deal because my oldest called and told me that everything was OK. BUT, the youngest broke the call rule. Consequence – “Hello Verizon, I lost my phone (it was really her phone), would you please disconnect it until I find it, Thank You!” I told my daughter “If you can’t talk to me, you can’t talk to anyone.” Can you hear me now?